Plate heat exchanger is a detachable heat exchange equipment composed of many corrugated heat transfer plates pressed by rubber gaskets at a certain interval. When the plates are assembled, the two groups are arranged alternately. The rubber sealing strip is fixed between the plates with adhesive. Its function is to prevent fluid leakage and form a narrow network channel between the two plates. The heat exchange plates are pressed into various corrugated shapes to increase the area and rigidity of the heat exchange plates, and make the fluid form turbulence under low flow velocity, so as to enhance heat transfer. The four corner holes on the plate form a fluid distribution pipe and a discharge header. The two heat exchange media flow into their respective flow channels to form countercurrent or cocurrent, and heat exchange is carried out through each plate. Tubesheet is widely used in tubular heat exchanger, boiler, pressure vessel, steam turbine, large central air conditioning and other industries. 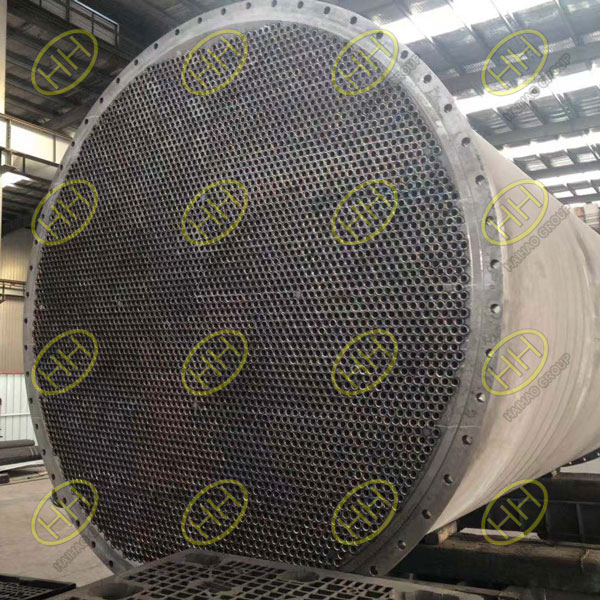 It is mainly used in chemical vessels, such as tubular heat exchanger, pressure vessel, boiler, condenser, central air conditioning, evaporator and seawater desalination. It plays the role of supporting and fixing the tubular. The material of metal makes it not only have strong rigidity, but also have great heat conduction performance.