The core of high pressure self tightening flange is a new unique seal, which is formed by elastic deformation of sealing lip (T-Arm) of sealing ring, which belongs to hard seal. A strong rigid body is formed by the combination of joint, ferrule and sealing ring, which makes the strength of the connecting part far greater than that of the pipe base metal itself. When under pressure, the rib and lip play the role of strength and sealing respectively, which can not only self tighten the seal, but also strengthen the pipeline, which greatly strengthens the overall strength of the joint. In this field, it is an epoch-making progress. 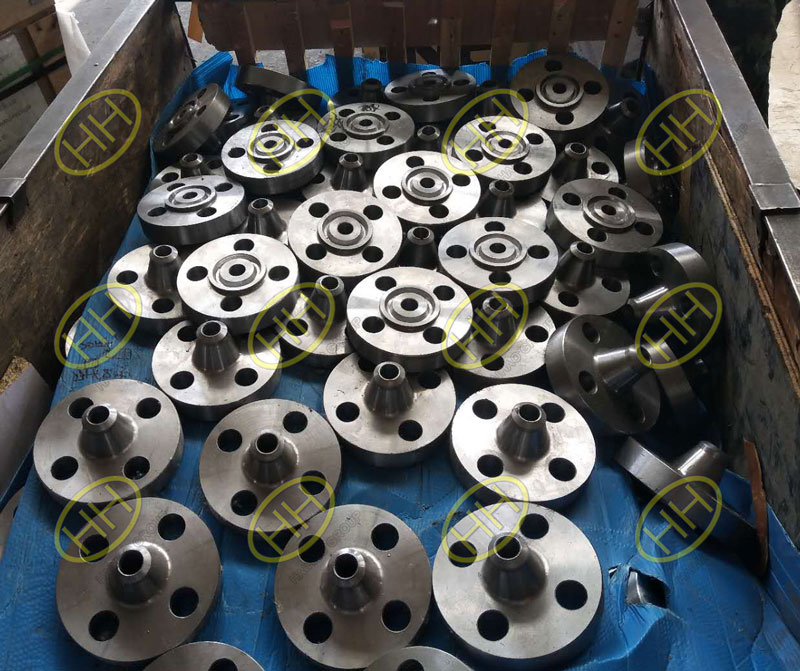 Traditional high pressure flange: the plastic deformation of sealing gasket (oval gasket, octagonal gasket, lens gasket, etc.) is used to achieve the sealing effect, which is connected to the pipe end and makes the pipe and pipe connect with each other. There are holes on the flange, and the two flanges are tightly connected by the stud bolts.

Traditionally, it consists of a pair of flanges, a gasket and a number of bolts and nuts. The sealing gasket is installed between the two flange sealing faces. After tightening the nut, the specific pressure on the surface of the sealing gasket reaches a certain value, which causes plastic deformation and makes the joint tight. This form can be used in flammable, explosive, toxic media and high pressure occasions, but the sealing reliability is poor.