Home  News  Company News  How to use the figure-8 blind flange?

How to use the figure-8 blind flange?

The 8-shaped blind plate is named because it looks like an 8-character, and its English name is spectacle blind flange. Used to isolate or connect piping systems. The figure-8 blind flange is a steel plate with fixed thickness which is divided into two discs. The two disks are connected by flat steel, one of which is a solid disk, the other is a hollow ring, and its inner diameter is the same as that of the flange. 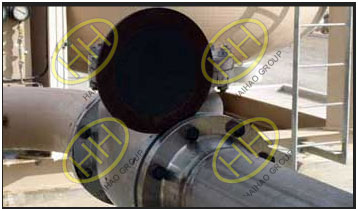 The spectacle blind flange is in the open position

The spectacle blind is in the close position 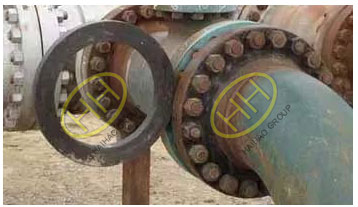 The spectacle blind flange is in the close position

Maintenance of the piping system is one reason why the spectacle blind is rotated to the closed position. There is a drill hole in the connecting web of the 8-shaped blind plate. Loosen and disassemble some bolts. The blind plate can rotate between the flanges. After replacing the gasket, the bolts can be reassembled and tightened.

Haihao Group manufacture flange products more than 30 years,the products sells well all over the world for the high quality.If you have any question,please contact us! Email:sales@haihaogroup.com

Share:
Prev： What factors determine the welding thermal conductivity of flanges?
Next： The correct method of filling pipe flanges