Since entering the Iraqi market in 2010, CNOOC has helped to build more than 1500 kilometers of crude oil pipelines. Among them, Haihao Group has participated in the pipeline supply of several projects, including oil pipelines, flanges, elbows, tees, valves, etc., with a total supply of thousands of tons.

In November this year, China National Offshore Oil Corporation (CNOOC) broke the benchmark of 300000 barrels of crude oil production per day in the oil field of Maysan Province in southern Iraq, equivalent to about 45000 tons, reaching the highest production level, which indicates that China Iran energy cooperation has achieved success under the “the Belt and Road” initiative. 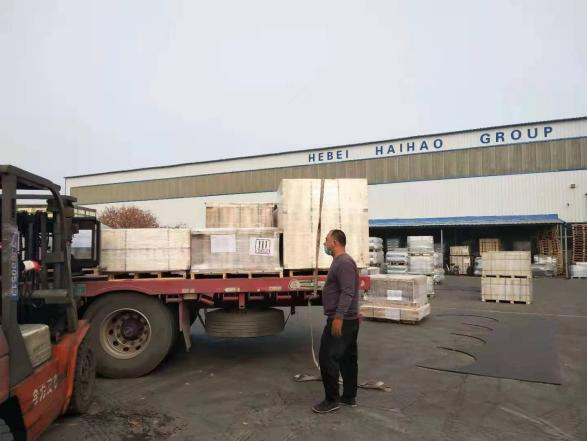 A shipment to Iraq